Oregon finished 2008 with a record of 13-7, the best season in program history, but the Ducks will be tested with the loss of eight seniors, seven of which were starters.

The Oregon lacrosse team will open its fifth season with the beginning of fall action this week.

The Ducks are coming off their best year in program history – 13 wins – but the team is rebuilding after losing its first-ever senior class to graduation.

The first test for Oregon comes this weekend when the Ducks head east for the Maryland Playday on Saturday and the Fall Lacrosse Classic of Northern Virginia on Sunday.

“Acclimating the freshmen into our scheme of play and getting them up to speed is definitely one of our goals for the fall,” head coach Jen Larsen said. “We will need their tenacity on the field this year, and the freshmen need to be welcomed to the level of Division I lacrosse.  That’s why we have scheduled a challenging fall, so we can be ready to go in February.”

The Fall Classic is in its third year of operation and will be held at Centreville High School in Clifton, Va. The Ducks will be taking on James Madison and Richmond.

James Madison finished 2008 with a 7-9 record, but is welcoming in a strong group of freshmen. The class was ranked as the third-best recruiting class in the nation by Inside Lacrosse, and two of the Dukes’ players were included in the publication’s list of its Top 25 recruits.

Last year Richmond ended its season with an even record of 9-9. One of those nine losses was to Oregon, which knocked off the then 18th-ranked Spiders, 17-5, on Feb. 24 in Richmond.

Oregon finished 2008 with a record of 13-7, the best season in program history, but the Ducks will be tested with the loss of eight seniors, seven of which were starters.

The Ducks do have the luxury of bringing back leading scorer Ilsa van den Berg and midfielder Alicia Burkhart, who was recently named to the 49-member player pool that will represent the U.S. Lacrosse women’s national teams in 2008-09.

The team started its training on Sept. 15, and the last two weeks have already produced results.

“We have had tremendous success with our freshmen working hard right from the start,” Larsen said. “We have been able to get the group chemistry going and have been working on our connections on the field and trust on the defensive end.

“Our upperclassmen have learned a lot from the class before them, and are doing a tremendous job leading this new team forward.”

The Ducks will play one more weekend in the fall traveling to Stanford on Oct. 18, and crossing the Bay for the Cal Playday on Oct. 19.

“Considering the popularity of competitive sports in the United States, it’s not surprising that 10 million sports injuries are treated each year across the nation…”

“…Acute injuries occur suddenly while participating in a sport and include sprains, strains and fractures. Signs of this type of injury include sudden, severe pain; swelling; inability to place weight on a leg or other body part; a tender arm, elbow, wrist, hand or finger; extreme leg or arm weakness; and a bone or joint that it visibly out of place. Chronic injuries occur over time, and symptoms include pain when you exercise or play; a dull ache when you’re at rest; and swelling…”

Development of new technologies are enabling sports physicians to understand better what causes sports injuries, which in turn aids in preventing them.

By monitoring how athletes carry out their repetitive movements, such as pitching a baseball, serving a tennis ball or throwing a football, experts can single out what types of movements strain the muscles and result in injury.

In 2006, a new computer-based system entered the workplaces of physical therapists, giving them real-time, objective measurements of joint movement in patients’ bodies. Called the Motion Monitor, the system uses electrodes to create animation of an athlete’s movements.

Researchers at the Ohio State University Sports Biomechanics Laboratory are also using breakthrough technology to examine athletes’ movements in the same way you watch movie animation. Using high-speed motion capture cameras, hidden force plates in the floor and electromyography equipment, they create a 3-D animation of an individual’s movement — a creation they can slow down and look at from different angles. They are also using the equipment to look at the movement of people who have undergone total knee arthroplasty.

Considering the popularity of competitive sports in the United States, it’s not surprising that 10 million sports injuries are treated each year across the nation.

Sports injuries are not only reserved just for competitive sports — they can take place while training, weight-lifting or simply going for a jog. In fact, a 2008 study at the University of North Carolina shows high school cheerleading accounted for 65 percent of all catastrophic sports injuries among high school women over the last 25 years.

Sports injuries fall into two categories: acute and chronic. Acute injuries occur suddenly while participating in a sport and include sprains, strains and fractures. Signs of this type of injury include sudden, severe pain; swelling; inability to place weight on a leg or other body part; a tender arm, elbow, wrist, hand or finger; extreme leg or arm weakness; and a bone or joint that it visibly out of place. Chronic injuries occur over time, and symptoms include pain when you exercise or play; a dull ache when you’re at rest; and swelling.

After a physician has diagnosed what type of injury an athlete has suffered, they choose from a variety of treatment options. Advances in technology are widening this pool of options and now include arthroscopy, where fiber optic scopes are inserted into the skin to see inside joints; tissue engineering, where doctors use a patient’s own tissues or cells to heal the injury; and targeted pain relief, where pain-reducing patches are placed directly on the injured area.

Prevention of sports injuries relies on conditioning the body and monitoring how the body is used. A 2003 study in Australia pinpointed factors that prevent sports injuries. Among them were consistent exercise, consistent sports practice throughout the year and abstaining from alcohol.

The study also pinpointed back problems as a significant factor in risk of injury on the field. Researchers found having a back problem increased likelihood of injury by 69 percent. Athletes that had high levels of endurance were also more protected from sports injuries.

Lacrosse season in the Napa Valley is only a couple of months away.

Organizers of the Napa Junior Lacrosse Club are conducting registration for the 2009 club season, which starts with practices in January and games in March. It’s a spring sport, with the season ending in late May.

“One thing about lacrosse is you never peak — you’re constantly learning how to be a better player,” said Bryce Whitlock, the club’s president, who played the sport in high school and college. “It’s a very team-oriented sport. You can’t win on your own. It’s a high scoring sport. I loved to play because it was a fast moving game. At the college level, it can be a hard hitting game, too.

“Even at the pro level, they’re always looking to do something new and something innovative, and that’s one of the fun things about lacrosee — there’s not a lot of whole lot of boundaries. The kids like the challenge, they like the uniforms. They’ve got this factor of the stick, which is an equalizer.

“Size in lacrosse is not such a critical aspect like it is in football. In lacrosse, we look for kids that are agile and quick. Lacrosse is a great sport, it has just so many facets.” 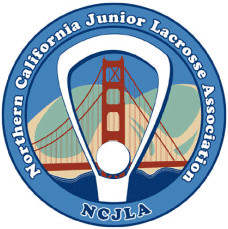 The local team, known as the Napa Force, is part of the Northern California Junior Lacrosse Association, which involves about 8,000 players throughout the Bay Area in different age groups. This is Napa Junior Lacrosse’s third year.

“It’s fast moving, a great spectator sport,” said Andy Kirmse, the club’s vice president. “There are very few that can rival it as for a spectator sport. It combines so many different elements of other sports.”

Registration is being accepted for next year’s season.

“I was amazed to learn three years ago that there was not a program of some sort here in Napa,” said Kirmse. “It’s been taking off extremely well.”

Napa will offer boys teams for under-9 bantams, under-11 lightning, under-13 junior, under-15 seniors, high school JV and varsity.

There are girls teams for under-11 lightning, under-13 junior, under-15 seniors, and high school.

“One of the things I’m really excited about is the caliber of girl athletes in Napa,” said Whitlock, who played lacrosse as a goal keeper and attacker at Colorado College. “I think if we can show them the game and get them involved in lacrosse, Napa will have a superb girls program. We’re very excited about the boys program as well.”

Ultimately, the Force would like to become a feeder program to local high schools, which currently don’t offer lacrosse as a CIF interscholastic sport.

“We would ultimately like to see Napa, Vintage and Justin-Siena have CIF lacrosse teams,” said Whitlock. “High school lacrosse is probably the fastest growing sport in the country right now.

“We’re trying to get that feeder program going so that we can feed these high schools and get that sport going in these schools.”

Napa Junior Lacrosse is patterned after the Petaluma Youth Lacrosse League, home of the River Cats.

“They really stepped up,” said Whitlock.

“They got so much better during the course of the season,” Kirmse said.

The Napa JV boys team was 10-5. “Most of these kids never had played before, and to see them progress and to see them just gain a love of the game is very rewarding,” said Kirmse.

The Napa Sheriff’s Activities League is assisting NJL with a scholarship fund.

“The most rewarding thing that I see out of the program is how the kids love to play the game,” said Whitlock. “Watching them progress from the beginning of the year to the end of the year — they’re two totally different people.”

Whitlock and Kirmse are the club’s co-founders. Last year, the club grew from 50 to almost 100 players, including a JV team.

The club’s home field is Justin-Siena.