For most of last season, Virginia found itself atop the national rankings, and for good reason. With road wins against then-No.1 Syracuse, then-No. 9 Johns Hopkins and then-No.10 North Carolina, as well as a home win against then-No. 4 Cornell, Virginia’s domination of Division 1 men’s lacrosse was for the most part undisputed.

Two blowout losses to conference rival Duke introduced doubts that many of Virginia’s key wins were flukey, a perception exacerbated by the fact that so many of the Cavaliers’ games were won by razor-thin margins.

Virginia bounced back, however, and started out the NCAA tournament on fire. After devastating Villanova 18-6, the Cavaliers defeated Johns Hopkins 19-8, handing the Jays their biggest loss in NCAA tournament history. It seemed the Cavaliers were championship-bound. Virginia was sent home in the semifinals, though, by a convincing 15-6 defeat at the hands of Cornell. 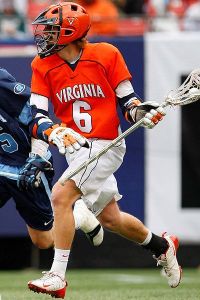 After three months spent dwelling on their postseason woes, Virginia is back on the field and using fall ball as a chance to prepare for another season of extremely tough lacrosse and another chance at the ultimate Division 1 lacrosse prize.

“No matter what we are doing, you want to play well,” coach Dom Starsia said of the Cavs’ fall preparations. “As much as anything, you are introducing the freshmen to what you are doing, trying to get them acclimated. [We are trying] to determine which are going to help us a little bit.”

The biggest question mark for Virginia this season is undoubtedly its attack. After having one of the best attack lines in the country in 2009, the Cavaliers graduated two All-ACC seniors in Danny Glading and Garrett Billings. This season, their most experienced attackman will be sophomore Steele Stanwick.

“[The attackmen] have all done a good job,” Starsia said. “They haven’t really distinguished themselves.”

As of right now, it looks like freshman Connor English and sophomore Chris Bocklet will join Stanwick. With many months left before the season, however, Starsia stresses that the situation could easily change with up-and-comers such as sophomore Matt Kugler and freshman Matt White.

“We are going to be into the season before [the attack line] begins to determine itself,” Starsia said. “If you have three guys and you are all set like last year, that’s fine … being as young as we are, I think we are probably going to freak out a little bit. We are better off having four or five guys so that we have a little flexibility as we get into the spring.”

While Virginia loses experience on attack, the Cavs will be able to put together a potent midfield in 2010 — an advantage they are likely to exploit in an effort to find production on the offensive end of the field.

“We will [change our offensive strategy],” Starsia said, but added, “We don’t need to decide exactly how we are going to play all that right now. The thought that we are going to be a team that attacks from the midfield is certainly there. If these attackmen are not quite ready, you feel like with Rhamel [Bratton] and Shamel [Bratton] and Brian Carroll and [John] Haldy in particular, we could play four middies in some different sets.”

It goes without saying that with the loss of Billings and Glading the Cavaliers will also take a hit on extra-man opportunities. Already a weak spot last season, Virginia hopes to find a way to take better advantage of these scoring opportunities in 2010.

“I think we’ve looked pretty good in practice,” Starsia said. “You lose a Danny and Garrett on the extra man and you certainly feel like you are going to be in transition with that. But Steele in sort of the quarterback’s role, he’s just very slick and very smart and just has great eyes. … So far in practice, we have looked better than I might have expected.”

Defensively, Virginia looks to return a more solid core than on their attack. Seniors Ken Clausen and Ryan Nizolek return for close defense, while junior Matt Lovejoy returns to the lineup after missing most of last season due to an ankle injury.

“As a unit, we have been working on getting tougher; that’s been a theme we have had throughout the whole fall,” Clausen said. “We’ve been trying to have consistency more than anything.”

Consistency is one thing the Virginia defense lacked during a dramatic 2009 season. An example is the game against Syracuse in which Virginia found itself up five goals with five minutes left — what was a comfortable cushion turned into a tight one-goal lead by the end of regulation. Or the Cavaliers’ first matchup against Johns Hopkins, when they were sitting on a 12-8 lead going into the third quarter but managed to give up seven goals in 15 minutes and had to fight their way to yet another one-goal victory.

This season, in addition to a solid starting three, the Virginia defense will be supplemented by promising freshmen Howie Long and Harry Prevas. Junior Bray Malphrus, who saw limited playing time last year, will take over at longstick middie for the graduated Mike Timms.

Fresno State Women's Lacrosse Coach Sue Behme hopes that Sara Weber, Natalie Harrington and Margaret Wolford, each High School All-Americans from California, Oregon and Ohio respectively, can help not only build the program’s reputation, and also give them an advantage on the field. Photo Illustration by Matt Weir / The Collegian

With such a high level of competition for recruits, it is hard for most teams in college sports to land just one High School All-American.

But to land three All-Americans after only one year of competition – that’s nearly impossible.

A year into her tenure as the Fresno State women’s lacrosse head coach, Sue Behme is making noise around the country with her recruitment of three All-Americans from three different regions of the United States.

Coach Behme hopes that Sara Weber, Natalie Harrington and Margaret Wolford, each High School All-Americans from California, Oregon and Ohio respectively, can help not only build the program’s reputation, and also give them an advantage on the field.

“They were the top players in their region,” Behme said. “They each will have the opportunity to be impact players on this team.”

The three freshmen each hope to contribute to a program that is still trying to establish its identity as a premier program.

“I thought it would be interesting to start with a new program that is trying to build something,” Weber said.

In her senior year, she had many accomplishments including being named to the Pacific Team for the High School Girl’s Annual National Tournament in Maryland.

Another of the All-Americans that coach Behme and her staff recruited in the off-season is Natalie Harrington, from Oregon.

She led her Oregon City High School to the state championship game and was named MVP of that game. She had 83 goals and had 22 assists while posting a shooting percentage of 61 percent.

Donate To The Breast Cancer 3 Day Walk For The Cure

Harrington was named the 2009 Westside Lacrosse Oregon Player of the Year. She is a three-time First Team All-State member from 2007-09.

One reason that Harrington wanted to attend Fresno State is the community and academics of the school.

“I wanted to come here because of the community,” Harrington said. “ I also think that the academics fit well with what I want to do.”

Harrington also added that it would be cool to help continue to build the lacrosse program here at Fresno State.

The third member of the heralded recruiting class is Margaret Wolford from Ohio. At Worthington Kilbourne High School in Columbus, Ohio, Wolford was the all-time leading goal scorer and assist leader.

Wolford wanted to attend Fresno State for the academics but also she wanted to continue to help build the program as well.

“I saw it as a great opportunity to be a part of something new,” Wolford said.

In her senior year, she earned First Team All-Ohio, was the team captain and the team’s offensive MVP. She was also named as an honorable mention All-American in 2008.

Wolford does feel some pressure but knows that playing at this level will help her through her career.

“I definitely feel pressure. I want to continue to grow and get better,” Wolford said.

Behme hopes that these three All-Americans help her continue to build a winning legacy at Fresno State. She says that she’s trying to recruit the best athletes.

“The lacrosse staff recruits the best student-athletes, that is our number one priority,” Behme said. “We are looking for quality athletes.”