(From Oregon Daily Emerald article) The Oregon men’s club lacrosse team finished the spring season last year ranked in the top 25 nationally, and lost only three seniors to graduation. With 33 players returning from last year’s squad — including four of the five leading scorers — head coach Joe Gerwin is optimistic that he can guide the Ducks to another successful year.

The University men’s club lacrosse team is set to start its fall season and get back to the MCLA championship game this spring. The team’s annual alumni game is Oct. 30, and its Fall Tournament is Nov. 7. Ivar Vong

Gerwin returns to Oregon this year after a short two-year tenure as the head coach at Notre Dame de Namur University in California. Gerwin had a 16-6 record as the head coach of the Division II Argonauts, but decided to return to Oregon.

According to the club’s Web site, last season’s co-head coaches Andrew Clough and John Wright each made the decision to step down after Gerwin contacted the university about a potential comeback.

“The decision really wasn’t about NDNU and their program,” Gerwin said in a press release on the team’s web site. “Coaching those guys was great and I have great respect for the program that they have. Basically I just wanted to come back to Eugene because of the city and the love I have for the University.”

In his first six-year stint as the head coach of Oregon, from 2002 to 2007, Gerwin transformed the lacrosse program from being “a club team in every sense of the word,” to a program that operates on a “Division II or Division III level.” In his last season as the head coach at Oregon, Gerwin lead the Ducks to an appearance in the 2007 MCLA national title game. The MLCA is a national organization for club lacrosse teams with 213 member schools across ten conferences. The Ducks play in the Pacific Northwest Collegiate Lacrosse League.

Despite all the schools in the MCLA, Gerwin thinks that the Ducks can be a premier club
lacrosse program once again.

“Being a top-five program is where Oregon should be every year,” he said.

Oregon starts the year with a four-week fall season, which includes scrimmages against in-state foes Willamette, Southern Oregon, Oregon State, and the University of Washington. The Ducks also host an alumni game and take part in a fall tournament that Oregon will host on Nov. 7.

The fall season gives the team a chance to see how they play together in game situations. After the short dress rehearsal, the Ducks will hit the gym again and prepare for the start of the spring season in early 2010.

Although 14 new players join the team this year, Gerwin said that there is plenty of quality leadership. He is confident that the nine seniors on the team will lead by example and “show the freshmen what needs to be done.”

Five of the nine seniors were a part of the 2007 team that finished the season ranked second nationally, and that experience will be vital to the Ducks. Among them is senior attacker Justin Blackmore, who led the Ducks in goals and assists last season.

Blackmore is one of the team’s four co-captains this year, and is looking forward to the challenge of showing the younger players “what Oregon lacrosse is all about.”

Blackmore said that the Ducks are focused on winning the conference title this season and hope to ride that success back to the national tournament.

Assistant coach Jon Bongiorno returns to the sideline this year, and he, too, is confident that the Ducks can return to glory.

“Talent-wise, I think this team is as good as the (national runner-up) 2007 team,” he said. “You hate to use cliches, but it’s really going to come down to desire.”

Every year Head Coach Chris Surran of Dallas Jesuit Prep puts on the best “TEACHING CAMP” in the country: Deuces Holiday Camp.  This camp has some of the best coaches in the country TEACHING you how to play lacrosse. 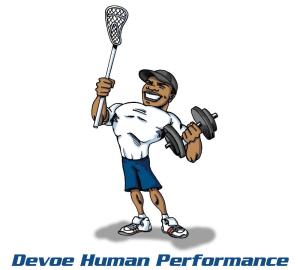 I don’t understand why people pay $1200 -$3000 to be on a travel team to go to recruiting camps and they are weak in an area of their game and the coaches see it.

If you want hands on instruction from the country’s best coaches then this is where you should be.

John Galloway– Current goalie for NCAA Division I Syracuse University, two time NCAA National Champion, became the first goalie in NCAA history to start for a national champion as both a freshman and sophomore

and more to come …

If you are serious about lacrosse no matter where you live in the country you should be at this event. I would love to have a great representation of people who follow our newsletter and training to be at this event.

My dream is to have kids from Rochester NY, California, Florida, Philly, Seattle, Baltimore at this event. Actually I want everyone who follows us to try and make it.

For more info on how to register go to the Deuces website – DEUCES HOLIDAY CAMP.