Sand Storm Lacrosse Festival, which made its wildly successful debut in 2008, returns to the Empire Polo Club in Palm Springs, CA this weekend.  In its third year, this club lacrosse tournament will feature 2 days of high level competition amongst a field of over 45 teams in 3 divisions competing for a championship, amidst a spectacular backdrop of palm trees and snow-capped mountains.

Returning clubs include Triple Threat, a San Francisco-based program directed by Noemi Hites and Dearborn David, and Denver based Team 180, directed by Sam Bartron.  Both clubs are returning to defend their titles as divisional winners in hopes of a three-peat: Team 180 in the JV and Middle School divisions and Triple Threat in the Varsity division.  Bartron believes Sand Storm has established itself as the premier club tournament on the West Coast.  “Sand 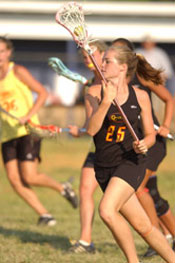 Storm has become a staple of our annual schedule.  It is a terrific tournament in every respect – it’s very well organized, the venue is fantastic and the competition has been great,” Bartron said.  Players, parents and coaches alike have fallen in love with this innovative event.  “Our girls love the way the tournament is laid out. It’s so nice to have all the games being played on one gi-normous field,” Bartron said

Organized by Synapse Sports through their brand womenslacrosse.com, Sand Storm has seen a solid increase in teams again this year, even in light of the current economy.  “Sand Storm has certainly exploded on the West Coast lacrosse scene very quickly. We are proud to be able to offer our expertise to ensure that attending teams and players will enjoy a high quality, competitive tournament experience that also offers exposure to recruiting information and college coaches,” said Cathy Samaras, founder & CEO.

While the bulk of teams hail from western states such as Arizona, California, Colorado, Nevada, Oregon, Texas, Utah and Washington, this year several Canadian teams will join the mix along with a contingent of East Coast athletes.  Several players from the Maryland-based club program CC LAX will be playing for Team UNO, which will also be coached by CC LAX co-director and head coach Sue Chittim.  In addition, 132 athletes from all across the country will take the field on the 5 National teams sponsored by Bounce. 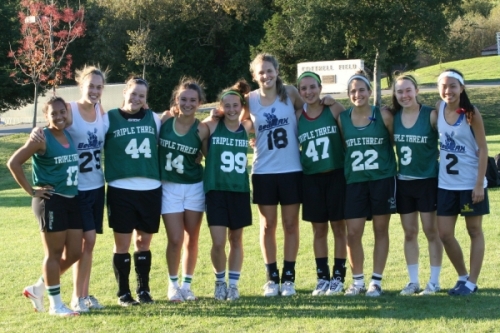 An array of additional offerings will lend to the festival atmosphere.  Collegiate Compass founder Shannon Duff will be presenting a recruiting seminar geared to helping athletes maximize their college options, while focusing on their goals on and off the field.  Utah-based retailer Tribal West will have plenty of hot apparel and California Pro Sports will feature the latest and greatest STX equipment.  STX Promo player Katie Chrest, the 2005 Tewaaraton Award Winner, 3 x All American and all time leading scorer at Duke University and member of the Gold Medal US National and 2009 World Cup team, will be conducting individual skill clinics during the event.  Sponsors include STX, who will be providing prizes to the divisional winners and Gatorade, who will hydrate the event with on-field product and player giveaways.