Chris Hipps is known for his accomplishments on the football field for Highland Park.

Last season, Hipps made 86 receptions – more than any other player in the Dallas-Fort Worth area. 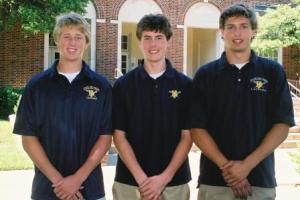 “But around school,” friend Jordan Lee said, “Chris is recognized as a lacrosse player.”

Yes, it’s true. In football-mad Texas, Hipps has made an even bigger mark in a sport that is generally confined to the East, is not sanctioned by the UIL, and is relatively ignored within these borders. Lacrosse is Hipps’ true calling and next fall he will bring his stick to Duke with a scholarship in tow.

That Hipps has landed at an elite program – one that has advanced to the NCAA final in two of the last five seasons, but was also rocked by rape allegations during that period – is somewhat remarkable considering that Texas’ history with lacrosse is shallow at best.

Southwestern University in Georgetown, a Division III school, is the only college in the state that has a lacrosse team funded by its athletic department. And it didn’t exist until this season. Still, Hipps was driven to succeed in the sport he picked up shortly after moving here from California.

He tossed the ball in the backyard with his father and practiced with college players who settled in the area. In the summers, Hipps would travel with his clubs, Highland Park and Team Dallas, to tournaments on the East Coast. When he wasn’t playing, he lifted weights and ran mile after mile to build up his endurance. Over time, Hipps transformed into a skilled defender who could shadow the fastest players so ably that Highland Park coach Derek Thomson says, “once he’s on you, you can’t get away.”

“I think that’s his best attribute: his tenacity.”

Hipps thrived, using his 6-4, 180-pound build to his advantage, blocking the attackmen’s vantage points and jarring the ball from their sticks with quick, forceful swipes. Sure enough, he gained confidence.

“When you see you can compete with people who treat lacrosse like people treat football in Texas, it helps,” said Hipps, who will be on the field Saturday at SMU’s Ford Stadium when Highland Park faces J.K. Mullen (Colo.) at 2:30 p.m. in the Patriot Cup.

Those positive experiences and the recruiting interest that followed also removed any doubts that he had made the right decision to devote his energy to lacrosse and regard football, as he put it, “as something to do in the fall.”

Said Thomson, “Chris told me, ‘I love the Friday night lights. But I love practicing for lacrosse.’ ”

Still, that hasn’t stopped Duke football coach David Cutcliffe from trying to lure Hipps. According to Hipps, he has an open invitation to join the football team if he chooses to make an ambitious attempt to play two sports at one of the nation’s tougher academic institutions. But for now, he is sticking with lacrosse, a sport that has a large following at Duke.

“I think it’s going to be really fun,” Hipps said, “with a lot of hype and a big atmosphere.”

After playing football in Texas, he should be ready for it.