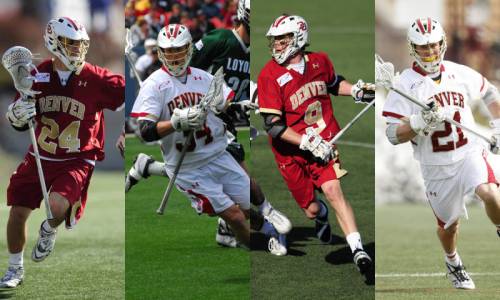 “We are very proud of the four young men, elected by their peers, who will serve in the role of captains for the 2011 Denver Pioneers lacrosse team,” said head coach Bill Tierney. “After our successful 2010 season, these seniors want to do whatever it takes to continue to elevate our stature in the world of Division I lacrosse. Each captain is a very important contributor to our program, with unique skills and abilities.  Together they form a most impressive group of leaders for our young Pioneers to follow.”

In the two seasons since Baxter transferred from Fairfield he has played in 31 games, tallying 43 career points on 28 goals and 15 assists. He started all 17 games for the Pioneers last season.

“Todd is a returning starter on attack along with Mark Matthews and Alex Demopoulos,” Tierney said. “Todd leads like he plays, with unselfish emotion, hustle and desire. He can score, feed, pick up ground balls and ride with reckless abandon. Todd competed for England in the 2010 World Games and is consistently one of the hardest workers on the field each and every day.”

A Denver native and three year letter winner for the Pioneers, Lay has recorded 24 goals and 10 assists in 39 appearances at DU. Lay has also collected 23 ground balls in his career, including 14 in 2010.

“Andrew is our best offensive midfielder,” Tierney said. “He has great size and speed to go along with his blistering shot and he gives us great transition from offense to defense with his ability to play both ends of the field. Andrew has truly developed from a solid player to one of the best midfielders in Division I lacrosse.  We look forward to having him lead our midfield once again, as we keep our scoring balanced between the attack and midfield.  He works extremely hard on his game, which is truly an inspiration to the many young midfielders on our team.”

Drexler assumes his share of the captainship after three seasons at Denver and 26 games of experience. He has one goal and 15 ground balls in his career as a Pioneer.

“Alex returns from a very successful year of leading our short-stick defensive midfield, which consistently held some top midfields in check in 2010,” Tierney said. “He is big, athletic and strong, and specializes in understanding and leading our defense in our multiple slide and recover systems. His work ethic is recognized and admired by his teammates, and his one-on-one defensive ability has often kept our defense from having to slide at all.

A veteran of the Pioneer defense, Macdonald has seen action in 47 games in his career, tallying 64 ground balls.

“Jamie is the strongest player on our team,” Tierney said. “Converted from close defense to short-stick last year, he solidified that all-important group into a very cohesive and successful unit. He is fast, strong and tenacious as he covers our opponent’s top middies, and even some of their top attackmen. He is a quiet leader, who will do whatever it takes to help our team achieve success on the field. Jamie practices as hard as he plays in games, which makes him a great role model for his younger teammates.

NCAA Men’s Lacrosse Recruiting: Competition For NCAA Division I Scholarships Has Never Been Greater And The Value Of High School Lacrosse Coaches For Student-Athletes Never Higher

Lacrosse is growing rapidly in high school, according to a US Lacrosse report the sport has grown from more than 250,000 participants in 2001 to more than 560,000 in 2009. In contrast, according to LaxPower.com, NCAA Division I lacrosse has gone from 50 teams in 1981 to only 60 in 2010. The number of participants has grown from 1,600 to a modest 2,500. With more high school athletes vying for a Division I scholarship, the process has grown more competitive. ESPN RISE 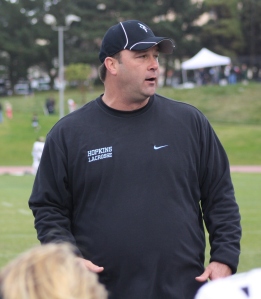 Johns Hopkins Men's Lacrosse Head Coach Dave Pietramala: “The value has continued to increase. Because of the club thing, some of the high school coaches get squeezed out a little bit. You always want to include the high school coach. No one knows a kid better then his high school coach. That being said, club does play an important role now. You’re able to see these guys at tournaments and find out information about the kids.” 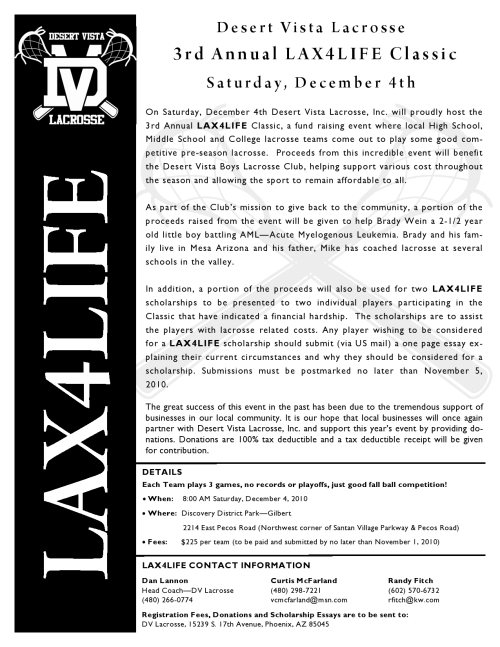