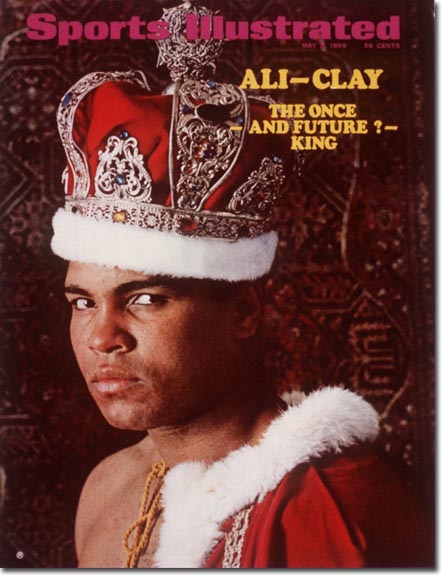 Bob Martin’s friends back home in Springfield, Ohio are beginning to understand why he is such a popular fellow on campus at Denison University. Bob made Little All-America honorable mention and first-team All-Midwest in lacrosse at Denison, and when he comes home to Springfield on vacation these days they are getting the hang of what that means. Sure, there’s always someone who still says, “Lacrosse, what’s that?” but Bob is tolerant. After all, until a few years ago he had hardly heard of lacrosse himself.

In fact, since the Indians in Michigan found they were too busy with the U.S. cavalry to play games, there had not been any lacrosse in the Midwest until very recently. For the past century, while Canadians, Englishmen, Australians and Eastern Americans organized lacrosse clubs, college teams and international championships, Midwesterners contented themselves with tamer and less traditional American spring sports like baseball and track. But, after World War II, the game slipped back across the Appalachians and set up an outpost at Kenyon College. Now, following two decades of growth, it is about ready to make people from Springfield to St. Paul take notice, just as it has in the East where college lacrosse trails only love-ins and taking-over-the-administration-building as the favorite springtime sport.

Leading the way are three Ohio schools from the 20-member Midwest Lacrosse Association—Ohio State, Bowling Green and, most spectacularly, little Denison. Together they fit neatly across the various levels of competition in all sports and, although none of them is ready to match the East’s big four of Army, Johns Hopkins, Maryland and Navy, they are clearly the class of the game in the Midwest. All three schools have winning records over the past five years against non-big-four Eastern teams and they all draw their biggest spring crowds for lacrosse games.

Ohio State was one of the four charter members of the MLA in 1954 and is still the only Big Ten university playing on the varsity level. But other schools in OSU’s league are not far behind. Well organized clubs at Michigan State and Michigan along with one at independent Notre Dame show that lacrosse is gaining popularity at the biggest schools. The Spartans’ athletic department will decide next week whether to enter varsity competition next season, and it is likely they will. Both the Wolverines and the Irish probably will follow soon.

A step behind the Big Ten in most other sports, the Mid-American Conference‘s Bowling Green is not lagging in lacrosse. The Falcons are one of the few teams in the country offering lacrosse scholarships and the policy is paying off. With All-America candidates Attackman Steve Hart and Midfielders Pete Farrell and Chuck Winters, Bowling Green will challenge Denison’s dominance of the Midwest league this year.

Matching Denison, a 2,000-student, coed college located on a startlingly hilly and picturesque campus in the little central Ohio town of Granville, hardly presents a problem in many sports. But, like Johns Hopkins, the Big Red has made a special thing of lacrosse and the whole school is tied up in a peculiar fervor for the game. The band plays at important matches, little groups of Denison fans turn up at away games and more students watch lacrosse than any other sport. In what is perhaps the ultimate indicator of popularity, one Denison player said, “I’ve found being a lacrosse player here helps a lot more with the girls than being a football player.”

Winning undoubtedly helps with the girls, too, and that is just what Denison does best. The Big Red has won or tied six of the last seven Midwest championships and, since Coach Tommy Thomsen took over an already vibrant program four years ago and built it into an even better one, Denison has had a 38-4 record. Thomsen, who was graduated from college not so very long ago himself but whose Ivy League haircut, tweed sports coat and well-used pipe make him look like a throwback to the Pleistocene Epoch compared to his unshorn, dungaree-clad players, has every reason to be an excellent lacrosse coach—which he is—and one very sad reason why he should not. He was born to the game; his grandfather played it in Baltimore around the turn of the century, and his father, Ferris, coaches perennial Ivy champion Princeton and was one of the Lacrosse Hall of Fame’s first inductees. Tommy was a center and quarterback on the University of Pennsylvania‘s 150-pound football team, a varsity wrestler and captain and goalie of lacrosse. He did this despite a congenital spinal deformity that has left him with a crippled leg and an excruciatingly painful-looking limp. Thomsen does not try to impress people with his battle to overcome his disability, nor does he sit home tied down by it. Before a road trip in Denison’s dilapidated, 900,000-mile-old Big Red bus he is up till 2 a.m. fiber-glassing broken sticks for the game that afternoon. He personally warms up his goalie before every game, something he is very good at since his shot is probably the hardest of any on the team. One thing he does try to avoid is recruiting. “I’m old-fashioned, like my father,” he says. “I’ll write a few letters to kids and set up a tour of the campus if they happen to visit here, but mostly I just wait for the players who want to come to Denison to show up.”

Fortunately for nonrecruiters like Thomsen, lacrosse is one of the few college sports left in which many of the players are made, not bought. And the number of good secondary-school players has increased markedly over the last 10 years. Where once metropolitan Baltimore was the only source of experienced youngsters, now lacrosse sticks are as plentiful as baseball bats in other areas, particularly the 60 Long Island, N.Y. high schools and New England private schools. This secondary school interest is beginning to move west; there are now five high school teams in suburban Chicago.

Like other good Midwest college teams, Denison usually attracts enough experienced young stickhandlers to fill out the attack and one midfield group. Thomsen’s two prizes this year, Attack-men Warren Ferguson and Scott Emerson, both played prep lacrosse in the East and both came to Denison, where they are All-America candidates, without much prodding. Thomsen coached Ferguson in secondary school and Emerson, a dark, brooding, 6’5″ giant who plays on the crease, just wanted to get away from the East Coast. These two will score many of the Big Red‘s points this season, but they are no more important than a clutch of Ohio-bred players who will get the ball to them.

Jeff Jewett, a slender, light-haired junior with a face full of freckles, looks as if he should come from a town named Aurora, Ohio, and does. Like most Midwestern-born players, he participated in football and basketball in high school but decided to try lacrosse in college because he felt he was too small for the other sports and still wanted a game with contact. A tireless, fast athlete whose teammates call him “Roadrunner,” Jewett has developed good stick work after two years and is coming on as one of his team’s top midfielders. “I enjoy the contact,” he says, “but what’s best is the running. Like in the fourth quarter when a guy can’t keep up with you anymore and you can say to yourself when you outrun him, ‘I’m in tougher shape than he is.’ ”

Appropriately, Martin, who is Denison’s captain this year, is a mixture of Ohio farm boy and Eastern schoolboy. He joined 4-H and raised pigs, chickens, horses and a prize-winning sheep before he had ever heard of lacrosse. Martin picked up the game as a goalie at a New England prep school, but returned west to Denison for college. In three years he has saved about 80% of the shots thrown at him despite a pair of the worst eyes around. “My vision’s about 20/400,” Martin said before holding Michigan State to two goals during the three quarters he played of Denison’s recent 19-9 victory. “So I have to rely on reflexes and just getting my body in front of the ball close in, since I can’t see it when it’s more than a few yards away. But I can still do all right because I love to eat the ball. It feels great when it hits you for a save, but it really stings when the ball nicks you and goes in the goal.”

Martin, one of only three seniors on this year’s Denison team, is also something of a poet. He has a bundle of rejection slips from the New American and Evergreen Reviews and his poems, like his team, mix the East and Midwest. “My style of poetry isn’t the kind they’re going to print in the staid reviews out here,” he says. But his usual theme, kindness to animals, is strictly 4-H and his titles show it: Slaughterhouse, Potato Cellar and Traps. Odd stuff indeed from a player who likes to eat the ball, but then you still have to be a little of an individualist to play lacrosse in the Midwest.