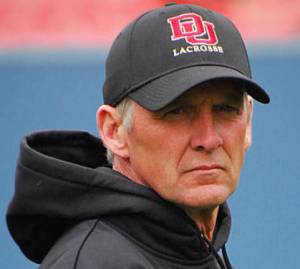 “We are very excited to announce our Class of 2015 at the University of Denver,” Tierney said. “This group of young men, our second as a coaching staff, represents exactly what we are looking for when we set out to construct a recruiting class. They are first and foremost, fabulous young men from great families, who will devote their efforts to having a positive impact on our university.”

“We have a combination of elite young lacrosse players and amazing student-athletes in this class,” Tierney said. “It is a well-balanced group, with impact players in the spots we need, and others who will provide depth when they are young, and grow into strong contributors as the years go on. As a unit, this group will undoubtedly help us climb the Division I lacrosse ladder, as we continue to be a top contender in the ECAC and attempt to improve our success in the NCAA tournament.”

Between the pipes, LaPlante (Fort Collins, Colo.) is an ESPN Rise Top-20 goalie recruit who has significant potential to contribute to Denver’s future defensive success.

To view the complete bios of each incoming Pioneer, visit www.DenverPioneers.com.

Concussions In Lacrosse: New Jersey Will Sign Into Law A “Comprehensive Concussion Prevention And Treatment Law” In 2011-12 To Include “Signed Acknowledgements From Parents” And Clearance For Play From A Physician

New Jersey will sign into law comprehensive concussion prevention and treatment law to be implemented by the 2011-2012 academic year, focusing on athletic head injury safety programs, according to a New Jersey Today report.

suspected of having a concussion removed from play until he or she has received written clearance from a physician.

The State Department of Education and the Department of Health and Senior Services will be responsible for developing and implanting the program, which includes public education courses on the warning signs and symptoms of head and neck injuries. Training will also include information about returning to play after incurring a concussion.

The law also requires the Department to provide a fact sheet on concussions and head injuries to student athletes and their parents. School districts are required to receive signed acknowledgement from a parent or guardian regarding the risks of head injury before student athletes are allowed to participate.

School districts are also responsible for developing written policies and safety standards for treating sports-related concussions. The law will require any player who incurs a concussion or is suspected of having a concussion removed from play until he or she has received written clearance from a physician.

Team USA star and Mount St. Mary’s coach Lindsey Munday shows how you can improve your form and accuracy.

score a share of fans who travel for lacrosse games, even if lacrosse doesn’t enjoy the same drawing power as football and basketball. 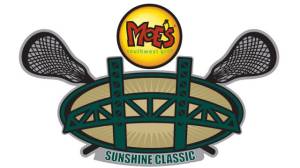 ESPN will televise the contest between powerhouses Notre Dame and Duke, which is a rematch of the 2010 national championship game. Jacksonville University will play Georgetown in the other game.