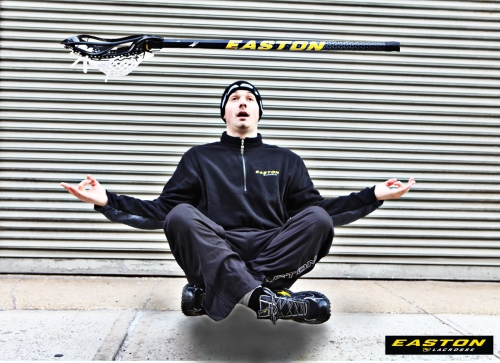 A look at the Oregon lacrosse program as the Duck’s prepare for the 2011 season. The team and coaches look forward to 2011, the strength and conditioning program takes full advantage of the University of Oregon training facilities and the alumni relive memories from the amazing 2007 season.

The 2011 Konica Minolta Big City Classic on April 3rd at the New Meadowlands Stadium. Games include Syracuse vs. Duke, Hopkins vs. UNC, and Rutgers vs. St. John’s.

Intense competition is guaranteed given the talent that stocked 13 rosters four years ago has been squeezed into 10: the Toronto Rock, Buffalo Bandits, Rochester Knighthawks, Philadelphia Wings and Boston Blazers in the East Division; and the Edmonton Rush, Calgary Roughnecks, Colorado Mammoth, Minnesota Swarm and Washington Stealth in the West Division.

“I really think Casey is the best lacrosse player in the world,” says Dawson. “He’s a guy I always wanted to play with so I can’t wait to get him the ball and set some picks for him.”

“Things have solidified,” says Chris Hall, head coach of the 2010-champion Stealth. “Look around the league.

“Our team’s ticket sales for the new season are going well after a good start in Everett last season. Crowds in Buffalo have been phenomenal, Edmonton owner Bruce Urban and Toronto owner Jamie Dawick are doing a great job in getting more games on TV, there’s a renewed interest in Philadelphia as the Wings look for a return to the winning ways they enjoyed in their heyday, Rochester has made a lot of changes and appears to be building an exciting team, and Boston has made huge strides towards producing a winner.

“Overall, the league looks healthy and people are real excited about getting started.”

All teams begin their 16-game schedules on Saturday with Edmonton at Toronto, Buffalo at Calgary, Boston at Philadelphia, Rochester at Minnesota and Washington at Colorado.

Best in the world

Boston also landed 2010 MVP Casey Powell in a dispersal draft after the Orlando Titans folded, and the additions of Powell and Sanderson have captain Dan Dawson thinking about a championship.

“I really think Casey is the best lacrosse player in the world,” says Dawson. “He’s a guy I always wanted to play with so I can’t wait to get him the ball and set some picks for him.”

Dawson and Sanderson helped Brampton win Canadian senior amateur titles during their summers and now they’re teaming up in the NLL.

“He’s won at every level he’s played at and he’ll bring a winning attitude into our dressing room,” says Dawson.

Blazers goalie Anthony Cosmo is anxious to get going.

“We have extremely high expectations now,” says Cosmo. “Management has done everything in its power to make us the best team on the floor and now it’s up to us. I can’t wait for the season to start.”

Calgary also traded captain Tracey Kelusky to Buffalo, defenceman Jeff Moleski to Washington and goalie Matt King to Colorado. It also has to cope with defenceman Curtis Manning’s departure for medical studies at the University of British Columbia. Calgary’s first four 2010 entry draft picks — Curtis Dickson, Dan MacRae, Brandon Ivey and Derek Hopcroft — are all on the roster for the new season, as is talented young Cory Conway who came over in the King trade.

“Our team with our new youth movement will be exciting to watch,’ says Roughnecks owner-GM Brad Banister. “We’ll have speed, skill and toughness.”

The acquisition of faceoff specialist Geoff Snider helps, and D-man Andrew McBride takes over as captain.

“I am really excited about the opportunity to represent the Roughnecks not only on the floor but in the city of Calgary as I know that is something the Roughnecks really pride themselves on,” says McBride.