Injuries In Lacrosse: ACL Tears In Female Athletes Are Four To Ten Times More Likely Due To “Anatomical Stress” On Knees, Lack Of Proper Muscle Development And Fatigue 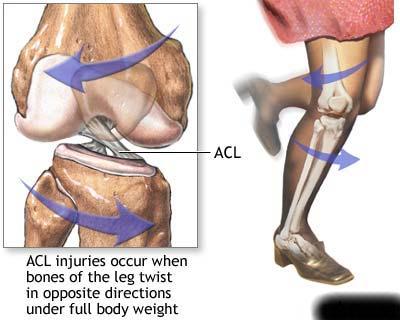 "These findings suggest that training the central control process—the brain and reflexive responses—may be necessary to counter the fatigue induced ACL injury risk," said McLean, who also has an appointment with the U-M Bone & Joint Injury Prevention Center.

Approximately 200,000 ACL injuries are suffered each year, with about half requiring reconstructive surgery and subsequent rehabilitation, according to the American Academy of Orthopedic Surgeons.

Numerous studies and reports reveal females to be four to 10 times more likely than males to tear their ACLs.

Men typically rupture the ligament because of some external force in football or skiing, while women tend to suffer injuries in lesser-contact activities, primarily basketball, soccer and volleyball.