MLL Analysts Quint Kessenich and Evan Washburn break down which late round picks they think could have the biggest impact in the MLL.

In the first half of the Mammoth’s road debut this season, 37-year-old John Grant Jr. watched as 22-year-old rookie Adam Jones scored four goals. In the second half, the veteran took over, scoring four of his five goals on the night, and assisting on two more. Grant scored the final two goals in the 4th quarter, including the game-winner with 14.5 seconds remaining, to help the Mammoth jump out to its first 2-0 start since 2008. Edmonton, opening the season at Rexall Place, fell to 0-1 with the 13-12 loss. 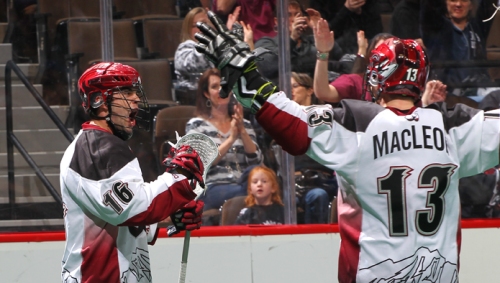 “I’m not sure how it got in there,” said Grant, referring to his fifth of the night. “On the last couple, I shot between [Rush goaltender Aaron Bold’s] legs, so this time I ducked my shoulder and went high.”

Everything Grant is doing early in the season is working. He now leads the National Lacrosse League with 20 points through just two games.