In a sport where the best goaltenders average 10 or more goals-against per game and save 80 percent of their shots or less, Chris Levis stood tall for the Colorado Mammoth on Saturday night.

Levis made 37 saves and the Mammoth finished strong with four goals in the final five minutes to defeat the Edmonton Rush, 11-7, at Pepsi Center.

“He is a good goaltender and I don’t think he gets enough credit throughout the league,” said Colorado head coach Bob Hamley of Levis. “We talk about getting respect and he is quickly earning it.” 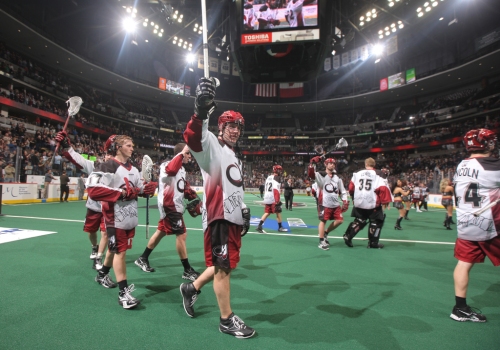 The victory improves Colorado to 5-0 on the season, tying its best start to a National Lacrosse League campaign with the 2008 team. The Mammoth remains as the only undefeated team in the league.

After Colorado could only muster one goal on a five-minute power play in the first quarter, a Gavin Prout high-sticking penalty five minutes into the second period gave Edmonton the chance to grab momentum with its own five-minute, man-up chance.