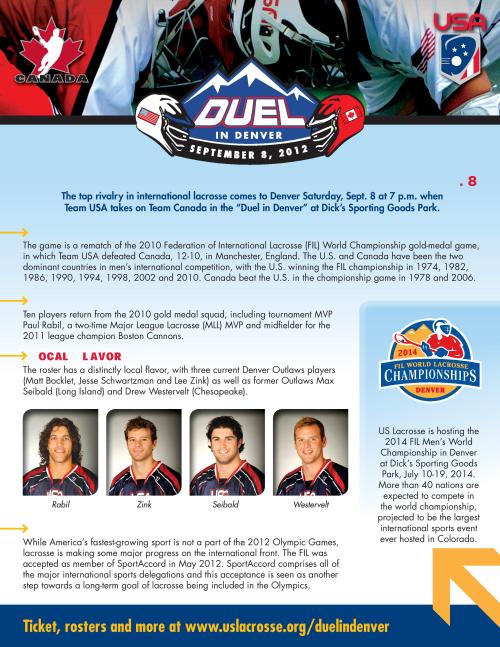 The Notre Dame men’s lacrosse program has announced the commitment of 12 student-athletes who will suit up for the Fighting Irish beginning in the 2013 season. The class, which is ranked eighth nationally by Inside Lacrosse, features four midfielders, four defensemen, three attackmen and one goalie. Three of the incoming players are listed in the Inside Lacrosse “Power 100 Freshmen” rankings, while two appear in the magazine’s top-20 post-graduate player rankings. Midfielders Trevor Brosco (#49) and Kyle Trolley (#96) along with defenseman Matt Landis (#66) are in the “Power 100 Freshmen”. Attackman Matt Kavanagh is the top-ranked post-graduate player, while fellow attackman Bobby Gray appears at No. 19 on the list.

Edwin Glazener – Defense – La Jolla, Calif./The Bishop’s School
Rated as the 39th best defenseman in the class of 2012 by Inside Lacrosse … earned All-America honors during his senior season … a four-year letter winner at The Bishop’s School … two-time conference player of the year in addition to being named to the all-San Diego team twice … captained his squad during his junior and senior seasons … team defensive MVP … played under former Notre Dame lacrosse player Steve Sepeta … Adrenaline Showcase and High Rollers participant … an honor roll student … son of Chris and Ann Glazener … has a younger brother, Davis.

Corrigan on Glazener … “He gives us another big, athletic defenseman. He’s another one of our guys who understands how we play the game and they are excited about getting out there with us.”

Corrigan on Gray … “Bobby did a post-grad year at Deerfield after coming from the West Coast. That was especially good for him since he was coming from an environment where the competition game-in and game-out wasn’t at the same level as it was at Deerfield. He had a great year and he will bring some maturity, both physically and in every other way, to his freshman year.”