Lacrosse Magazine unveiled its WCLA preseason rankings Dec. 20 as part of their preseason series counting down to the start of the college season. The following WCLA Division I Top 20 preview appears in the January issue of LM. 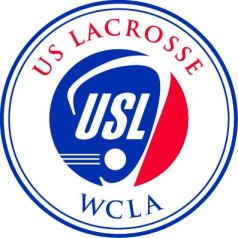 The Rams seemed destined to win a third straight national championship last year, but UC Davis snapped their 16-game winning streak in the WCLA final. Hayley Bernstein and Maddie Garcia are two intense, talented players that will have Colorado State back in title contention.

UC Davis got hot at the right time, navigating through the top three seeds to win its first national championship. Senior attacker Kristi Irgens leads an experienced team that also welcomes back midfielder Molly Fensterwald, the star of the title game.

The Gators split regular season meetings with Colorado State, but then fell to the Rams in the semifinals, denying the Gators a trip to the championship game. Senior midfielder Jenna Hildebrand is one of two returning All-Americans, joining sophomore defender Christina Monahan.

The Gauchos have been close so many times, but have yet to advance to the WCLA championship game. Last year’s bid ended with an overtime loss to UC Davis in the quarterfinals. All-American Katie Mitchell, a 100-point scorer last year, will look to get UCSB over the hump.

Michigan’s strongest team in recent years made it to the semifinals last year, losing to UC Davis in overtime. Julianne Patterson earned second team All-American honors as a sophomore, and the midfielder is poised for a breakout season.

Santa Clara has had some prolific scorers over the years, but none more so than Maggie Burke. The senior midfielder had 118 goals last year, running her career total to 230. Can she carry the load and lead the Broncos to their first national title?

A first-round upset loss to Santa Clara put a damper on the Buffaloes’ season, but they again will be a national factor in 2013. Senior attacker Sara Tanabe is one of the top offensive players in the WCLA, and Taylor Haverty will anchor the defense.

Brooke Smith and Kristen Lund formed a powerful 1-2 punch for the Cougars on attack last year, and BYU will rely on offense to move into the top tier of WCLA teams. Eight losses last year all came against tournament teams, including six to teams seeded in the top five at nationals.

Georgia hasn’t played in the national championship tournament since 2010, but the Bulldogs are poised to return in 2013 if they can be more consistent. The Bulldogs had major wins over Colorado and Michigan last year. Senior goalie Emily Seidel was named the top goalie in the WCLA last year.

The Longhorns have a huge hole to fill with the graduation of Clayton Crum, the inaugural winner of the Amtahcha Award as the WCLA’s top player. Look for the focus to switch to defense with All-Americans Sarah Llewelyn and Jordan Cook (goalie) returning.

UCLA will feature a new look in 2013, with former Duke player Jessica Adam taking over as head coach and a lineup that is down nine seniors and four first team All-Americans from last year. Junior Courtney Randall and senior Margaret Nettleton are among the experienced players the Bruins will lean on.

The Knights had a fantastic season in 2012, upsetting Florida to win the Southeastern Women’s Lacrosse League title, and knocking off Brigham Young in the opening round at nationals. Sophomore attacker Lauren Aymat is back to lead UCF after earning all-tournament honors at nationals last year.

Pitt had some notable wins last year, including Georgia and Michigan, but a loss to the Wolverines in the Women’s Collegiate Lacrosse League playoffs denied the Panthers a national bid. The Panthers’ top two scorers last year — Maggie Stankaitis (47g, 20a) and Christa Lautsen (39g, 8a) — were underclassmen.

For the first time since the US Lacrosse WCLA National Championship began in 2001, Cal Poly failed to make the tournament field. The seven-time WCLA champ had a huge win over Colorado State, but four one-goal losses kept the Mustangs out of the field. It’s hard to imagine they won’t be in the mix this year.

The Nittany Lions made their first nationals appearance last year and fared well. They battled Florida and Colorado to the wire, before coming back to beat Oregon and Minnesota. The East Coast Women’s Lacrosse Association champion also received the Sportsmanship Award at nationals.

Maryland played its toughest national schedule ever last year, but the Terps couldn’t close things out down the stretch. Maryland beat Minnesota and played very close games against Brigham Young, Colorado and Colorado State, but won just two of its final six games.

The Cavaliers captured the Mid Atlantic Women’s Lacrosse League championship, beating rivals Maryland and Virginia Tech by a goal each. After tough sledding in its first national championship, Virginia will look to take the next step forward in 2013.

The Huskies lost just once in 2012, but it was a tough loss, a 10-9 setback to Rhode Island in the New England Women’s Lacrosse League playoffs. Connecticut will aim for its first bid to nationals since 2009.

Janet Holdsworth coached the Gophers to six consecutive North Coast Women’s Lacrosse League championships and six straight national tournament berths. The Gophers steadily became more competitive on the national stage during her tenure, but will have to rebuild following her retirement.

The Red Hawks have put together back-to-back nine-win seasons. Now they need to find a way to get past nemesis Pittsburgh. The Panthers have ended Miami’s season the last two seasons and beaten them four times in those two years.