First Classman goalkeeper Evan Danahy has the Cadet Flip Cam and captures the Army lacrosse team’s trip to Annapolis, where the Black Knights notched their fifth straight victory over the Midshipmen!

Fourth-ranked Northwestern takes its 11-game winning streak on the road this weekend, traveling to Gainesville, Fla. for a decisive American Lacrosse Conference matchup with No. 3 Florida. The ‘Cats, who sit atop the ALC standings with a 4-0 league mark, will look to wrap up the top seed in next month’s ALC Tournament with a road win over the Gators (3-1 ALC).
The only two champions in the history of the American Lacrosse Conference Tournament, Northwestern and Florida have staged several memorable battles in recent seasons, with the Gators taking a 3-2 edge in the all-time series thanks to two victories over NU last season. Florida nabbed an 8-7 win at Lakeside Field during the regular season before claiming its first conference crown with a 14-7 victory on its home field in the title game of the ALC Tournament.
• Florida is attempting to become only the second school to record a three-game winning streak against NU during Kelly Amonte Hiller’s tenure as head coach and the first since Vanderbilt managed to win three straight from 2002-04, NU’s first three years as a varsity program. The Wildcats, meanwhile, are in search of their first road win over the Gators (0-2 in Gainesville).
• Saturday promises to be an emotional day for many in attendance at Donald R. Dizney Stadium in Gainesville as the Gators say goodbye to the lacrosse program’s first-ever four-year senior class. The highly accomplished class of 12 Florida seniors has helped the Gators go from a brand-new program in 2010 to a national semifinalist and a mainstay in the top-5 national rankings during their four years on campus. The date marks Florida’s regular-season finale, giving the Gators two weeks off before heading to the ALC Tournament in Baltimore May 2-5. 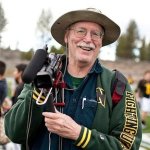 The 6th ranked Stanford Cardinal host the Sonoma State Seawolves in a lacrosse match to determine Bay Area bragging rights.  Both teams are undefeated in conference play and Stanford has been ranked as high as 3rd this season.  Stanford’s attack is anchored by senior captain attack Jack Farr, while Kyle Riddle leads Sonoma’s offense, which gets much of its scoring from the midfield.  Sonoma jumps ahead in the first half and Stanford makes a strong comeback in the third quarter, before fading in the fourth. 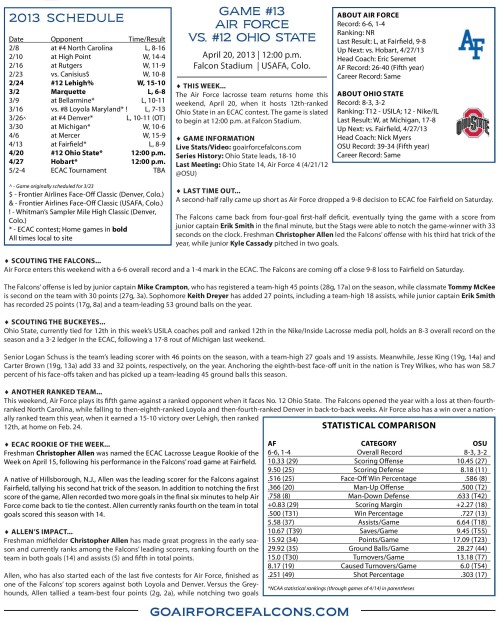 Already having secured one of the four spots in the 2013 MPSF Tournament next month, the California women’s lacrosse team finds itself in a battle this week with the top two teams in the MPSF. The first-place Golden Bears (9-4, 6-0) will square off against second-place No. 11 Denver (13-1, 5-0) on Friday, April 19, at 5 p.m. at Memorial Stadium. It won’t get any easier for the Bears next week when they welcome 15th-ranked Stanford to Berkeley. These will be Cal’s first two games against ranked opponents this season. 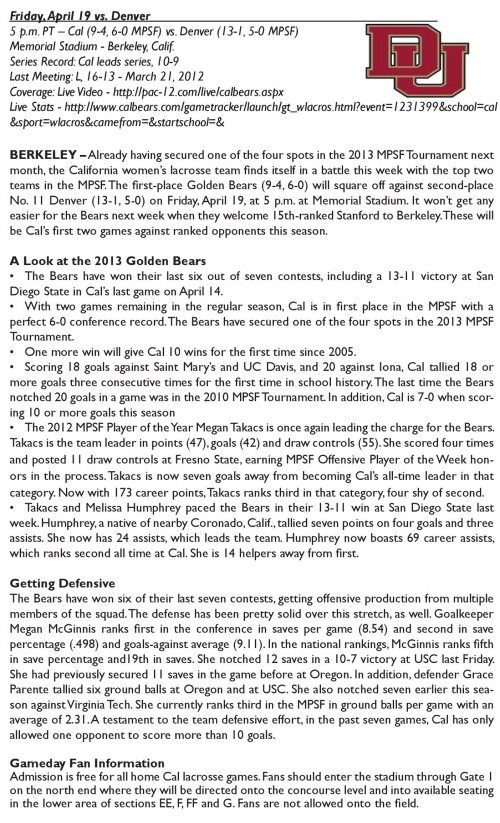 No. 15 Stanford women’s lacrosse wraps up its home slate this week against a pair of Mountain Pacific Sports Federation opponents, as it plays host to Oregon and San Diego State.
Stanford (8-4, 3-1 MPSF) will open the weekend against Oregon (7-7, 2-3 MPSF) on Friday at 5 p.m. (PT), and will conclude its home schedule against San Diego State (8-5, 3-2 MPSF) on Sunday at 1 p.m. Both games will be played at Laird Q. Cagan Stadium.
Carolyn Bradley and Elizabeth Adam will be recognized on Sunday, as part of Senior Day.
Stanford spilt its two games this past week, knocking off Saint Mary’s, 20-6, and falling at No. 4 Northwestern, 12-8.
Freshman Julia Burns had an outstanding week and was named the MPSF Rookie of the Week. Burns led Stanford in points (nine) and goals (seven) in its two games. She recorded hat tricks in both games, including a perfect day of shooting against Saint Mary’s, scoring on all four of her shots.
Burns led the Cardinal against the defending national champion Northwestern, recording team highs in points (five), goals (three) and assists (two). After Northwestern scored five unanswered goals in the first half, Burns reeled off three goals and an assist in a 13 minute span to help Stanford close the gap to 8-7 going into halftime.