If you still need proof of the rapid growth of college lacrosse, look no further than Notre Dame’s 2014 schedule that has the Fighting Irish playing at least 13 games in eight different states.
Not only will the Irish rack up frequent flyer miles, they will do so while competing against some of the top programs in the nation. The slate features seven teams that qualified for last season’s NCAA tournament, including three Championship Weekend participants (Denver, Duke, Syracuse). The program is entering its inaugural Atlantic Coast Conference campaign and five of the six teams that comprise the league were in the NCAA tournament one season ago. 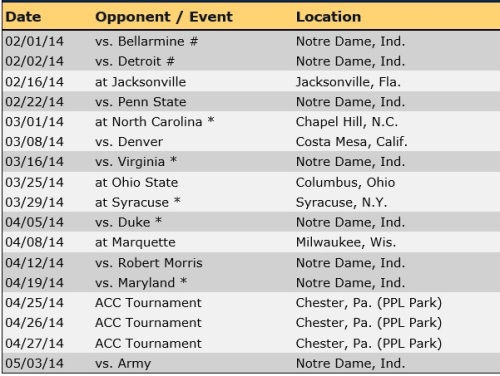