The University of Tampa women’s lacrosse program has announced its schedule for the inaugural season, as announced by head coach Kelly Gallagher.
The schedule includes four teams that were nationally ranked to end the 2013 season, including the nation’s No. 2 and 3 ranked squads. Additionally, a pair of regionally-ranked opponents will also play the Spartans.
UT will play 12 of its 17 regular-season games at the Naimoli Family Athletic and Intramural Complex, beginning with the program’s first regular season game against Rollins College on February 9 at 2 p.m. The Tars finished the 2013 season with a 16-2 record, and will also host the Spartans to end the regular season on April 27 in Winter Park. 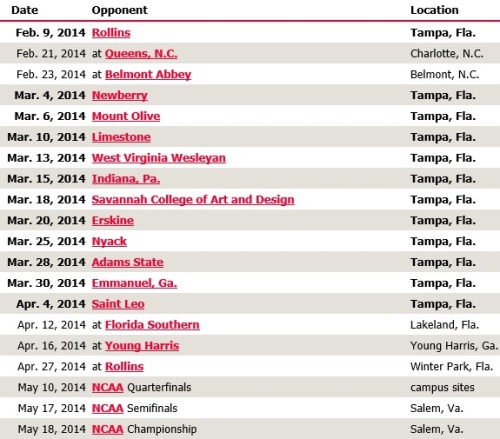