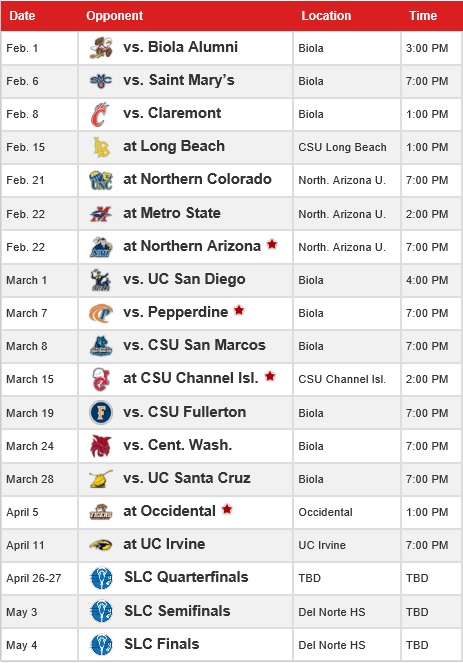 Despite a move from the WCLL to the SLC, the Division II institution, located in the Los Angeles suburb of La Mirada, was still being sanctioned for one of its players falling beneath the league-mandated academic credit limit at the end of the 2008 season.

Jordan Adams (above) and the rest of the Biola team had a lot of anger last year. But they've found peace with their two-year probabation and are now focusing their energy on Denver. Photo by Silas Cole

That transgression initially cost the Eagles an opportunity to attend the ’08 nationals even though Biola (prounounced: bye-OH-la) pounded Santa Cruz, 15-3 in the WCLL championship game. The SLC opted to uphold the established ruling, keeping the Eagles out of postseason consideration for a second year last spring.

Not surprisingly, the decision built a lot of anger among the Biola players and staff, who took the field with bad intentions in 2009. They weren’t walking out on the field looking to enjoy all of the great aspects of the game. They were marching to the turf with designs of embarrassing the opposition.

Much of the fury was saved for conference rivals.

Concordia was crushed, 17-6 in the SLC opener with extreme prejudice. Cal Lutheran (18-7), Occidental (24-4) and UC-Irvine (17-4) were systematically obliterated. There was nothing that was going to get Biola to Denver, but the eradication of lesser foes managed to soothe the visceral rage held by the collective team.

Midway through the season, however, the team came to an unwanted revelation.

What they were doing wasn’t healthy.

“It started taking a toll on us,” admitted Aaron Klett, the Eagles head coach. “Instead of playing lacrosse, it became a vendetta against the other teams in the league. I think it was then that we realized it was about playing how we know how to play and not about holding a grudge.”

After a bit of soul-searching, Klett understood it was he who was responsible for the scorched-earth mentality that Biola had adopted.

“The players are going to react how you react as the leader of the team from the sidelines,” said Klett. “And you could definitely see how my demeanor on the field affected the players. It started from the top down. So once we got everything in order, it kind of fell into place. It became about playing for the fun of the game rather than just beating everyone.”

The funny thing is they still beat everyone.

The Eagles posted a 7-0 mark in the conference, including a comfortable, 13-8 victory over Cal State-Fullerton – the eventual nationals representative from the SLC. All told, it was nine consecutive wins to end the season, including triumphs over Western Washington, Fort Lewis and Division I Southern California.

It is with this spiritual tranquility that Biola enters the 2010 campaign. As odd as it may seem, opponents should probably be more concerned about the Eagles now than during their previous pillaging incarnation.

“We can just take off from where we were last year,” said Klett. “We know the teams we’re playing and we know what we’re up against. It’s a good fresh start to have the playoffs as a goal instead of knowing that the last game on the regular season schedule in April was our last game. Rather than focusing on the wrongs that were done against us in our eyes, a bigger driving motivation for us is to go further finally.”

Adding to the momentum is Biola should be just as talented as last year. They lose Brad Wescott, a 50-goal guy, to graduation, but the McMahan brothers – senior Billy and sophomore Jon – are back fully healthy while Adam Kingston (32g, 7a) and Jordan Adams (24g, 27a) are primed for huge seasons. Jonathan Lowell (7.86 GAA, 63.5 Sv %) gives the Eagles an anchor on the back line.

Resuming their postseason eligibility after the two-year ban has the players naturally looking toward the Promised Land. Klett is keeping them grounded, but still allowing them to establish their objectives.

“I’ve reminded them that until we make our own league playoffs, Denver isn’t a reality, but I think it’s okay to have that as a goal,” he said. “We want to be in Denver and playing for that trophy. When we get to Denver, we don’t want to be a team that puts up a fight for a quarter or two in the first game, and we’re done. We want to get there and put up numbers against good teams and move on as far as we can.”

With their new healthy outlook on lacrosse, there’s no telling how far the Eagles can go.