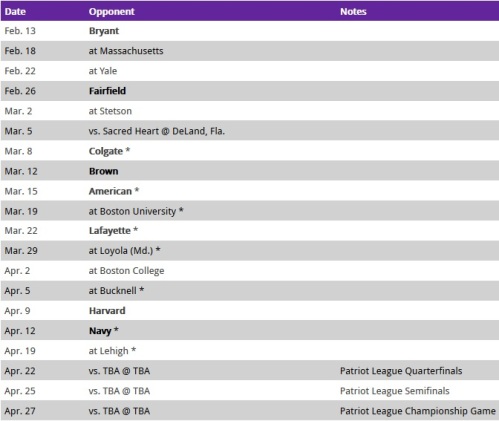 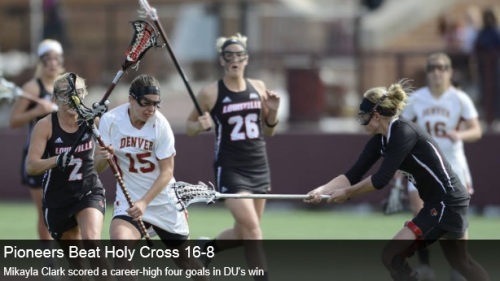 University of Denver senior Mikayla Clark (Eden Prairie, Minn.) scored a career-high four goals and redshirt sophomore goalie Hannah Hook (Arnold, Md.) made 11 saves, leading the Pioneers to a 16-8 victory over Holy Cross on Saturday afternoon.
Sophomore Jill Remenapp (Woodbine, Md.) had a pair of goals and three assists for the Pioneers (9-1, 1-0 MPSF), and redshirt senior Kara Secora (Denver, Colo.) recorded her eighth hat trick of the year and added an assist. Defensively, senior Kate Henrich (Lansdale, Pa.) registered four draw controls and three caused turnovers.
“It has been a long but fun week on the road,” head coach Liza Kelly said. “We haven’t practiced or played on the same field for any given day. Despite the roller coaster, I think the team worked hard against two good New England teams. I thought Hannah had a great week, as did Jill.”
After Holy Cross (4-7) scored the game’s first goal, Denver responded with three-straight goals in a 2:24 stretch. The Crusaders tied the game at 3-3 with 16:18 left in the first half, but the Pioneers scored two more and took a 5-4 edge to halftime.
DU wasted no time coming back from the break, rattling off five goals in the first 5:44 to give Denver a lead that proved insurmountable.
Holy Cross pulled to within four at 12-8 with 10:54 remaining, but the Pioneers sealed the victory with four-straight goals to end the game.
The Pioneers remain on the road next weekend for a pair of Mountain Pacific Sports Federation games, traveling to San Diego State on Friday, March 29, and Southern California on Sunday, March 31.

Peter Schwartz and Alex White tallied five points apiece as the Crimson picked up its first win of the year over Holy Cross, 16-12.

“Most student-athletes coming into a good school like Holy Cross have already done really well in high school to get here,” he said. “They should already be aware of the commitment they are making.”

“My coach is really helpful, I’ve missed practices to do stuff for school and I have never been penalized,” DeLisio 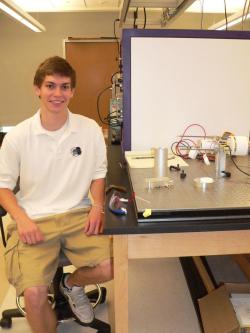 explained. “He brings recruits over to the lab to show them the opportunities available for them at Holy Cross as students, and I think it’s great that he can turn to me for stuff like that to get them interested.”

Holy Cross senior lacrosse player Brandon DeLisio has never had difficulty understanding that there is a reason why “student” comes first in the label of student-athlete. With the support and influence of his parents, DeLisio earned National Honor Society recognition while juggling commitments to both varsity football and lacrosse at Kingston High School. “My parents kept me involved in a lot of things,” said DeLisio. “I was always in the middle of doing stuff while school was going on, it was just the standard.”

DeLisio has maintained that mindset throughout his years thus far at Holy Cross, which can account for three successful varsity seasons as a Crusader and recognition for his academic research through his recent honor with the Vanhook-Vidulich award.

With his priorities already in order and a newfound interest in the field of chemistry, DeLisio set off on the college search. “There were a lot of schools that I could have played lacrosse at, but had weak chemistry programs. Or other schools had very strong chemistry programs, but I wouldn’t have been able to play lacrosse.” DeLisio found the best of both worlds at Holy Cross, one of the nation’s top producers of chemistry graduates certified by the American Chemical Society. “That fact was actually the number one thing to get me here,” said DeLisio.

From the get go, DeLisio took complete advantage of any opportunity Holy Cross had to offer. “My interest in research actually began at my orientation,” he said with a laugh. “I asked a lot of questions.” It was at his orientation in the summer of 2007 that he found out that research opportunities at Holy Cross were offered to undergrads. Something that “huge” (as DeLisio considered it) is a rarity among other colleges and universities.