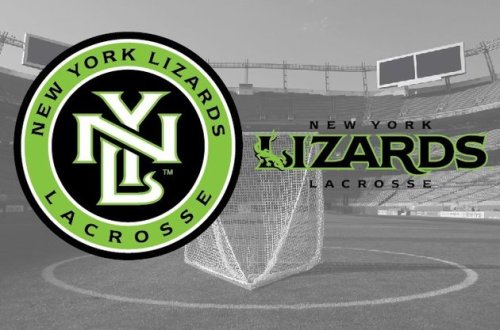 The Long Island Lizards of Major League Lacrosse announced today that they are re-branding and changing their name to New York Lizards. An updated website and new logos will accompany the re-brand. The change comes on the heels of the Lizards extending their regional footprint to include New York City, Westchester County, New Jersey and southern Connecticut. “When the new ownership group took over the Lizards in May of this year, we negotiated a deal with Major League Lacrosse to expand the Lizards’ exclusive territory,” said Lizards CEO Jeffrey Rudnick. “It grew from just Long Island, to now also include New York City, Westchester County, the state of New Jersey, and southern Connecticut. With this tremendous market the Lizards are now a part of, it made sense to change the name to the New York Lizards.” In addition, the New York Lizards plan to take some of their home games into New York City as well as expanding their youth camp and clinic plans.

A behind the scenes look at the historic second-half comeback by the Denver Outlaws against the Long Island Lizards in the first semifinal of MLL Championship Weekend 2012.

Trailing 12-3 with 11:32 to play in the third quarter and the reigning MLL MVP sidelined due to injury, it appeared that the Outlaws’ record-setting season had reached its end. That’s when Denver set another record with a 10-0 run to end the game, catapulting the franchise into the Steinfeld Cup title game with a 13-12 victory over Long Island. “We never gave up,” Stagnitta said. “Despite facing a large deficit and missing several key players, we were able to take one more step toward the goal we set at the start of the season. “I couldn’t be more proud of the grit and resiliency that this team showed today. We needed guys to step up, and they did just that when their numbers were called.” The top-seeded Outlaws were dealt a blow on Friday as the team’s leading scorer, attackman Brendan Mundorf, suffered an ankle injury during the team’s practice. Mundorf, who had been crowned the league’s most valuable player just one day earlier, finished second in the league with 59 points in 2012. With its leading scorer sidelined, Denver turned to rookie Chris Bocklet, who took Mundorf’s place in the starting lineup. The attackman, playing in just his eighth career MLL game responded with a career-best six goals.

Long Island and Denver split their pair of regular-season matchups, with each team winning at home. The Outlaws took the first meeting, 19-11, in the second week of the season, behind hat tricks from Josh Sims, Jeremy Sieverts, Brendan Mundorf and Peet Poillon. But that was before the 2012 college class started contributing, of which both teams had significant members — most notably Mark Matthews, Drew Snider and Chris Bocklet for Denver, and Matt Gibson, Tommy Palasek and CJ Costabile for Long Island. The Lizards won the rematch in mid-June, 14-8, as they rattled off eight straight goals to close the game.

The 2012 storylines for Long Island and Denver aren’t all that dissimilar: Both have a first-year head coach — Joe Spallina of Long Island, Jim Stagnitta of Denver — and both underwent significant roster overhauls in the offseason, which led to doubts about their postseason aspirations. But they enter Championship Weekend riding distinctly different streaks: Denver has won six straight, and is considered the trendy pick to win its first title; Long Island dropped consecutive games to end the season and backed into the playoffs.

“The tide turned for us, but only in the last couple weeks. We went through the season as everyone questioned: Can this team compete?” Stagnitta said. “People picked us to not even make the playoffs earlier in the year. We were a tweener. I don’t think our guys have lost that mentality, honestly. I don’t think you go from being the big underdog that we were to legitimately being a big favorite.”

Seemingly the only thing that could get in the Outlaws’ way: themselves, or more specifically, their own roster health. Faceoff specialist Anthony Kelly has been battling a hamstring injury for most of the season, and he will play an important role in slowing Gurenlian, though Kelly (when he was with Ohio) won only 2-of-15 against Gurenlian earlier in the year.

Stagnitta expects Kelly to be ready for the weekend.

“I have not heard anything that would make me think that it’s not fine,” Stagnitta said. “Anthony is a veteran, and he’s been around a long time. In my conversations with him, he’s pulled up short of doing any type of serious damage to it. He and the trainers both felt he would be fine. Obviously he’s had a couple weeks to rehab and work on it. My expectation, and all the information I’ve gotten, is he should be fine.”

Denver also activated earlier this month rookie Stephen Robarge (VMI), who went 17-for-30 against Gurenlian in early May before sustaining a “broken high thumb between his wrist and thumb.” Stagnitta suggested the Outlaws would dress Robarge on Saturday.

“Anthony is a big boy. But it’s two days, a lot of faceoffs,” Stagnitta said. “We just felt like, if we have him there with us that weekend, one way or the other, he would be that safety net for us, just in case. Also, just to give Anthony a break and let him catch his breath, and not have to take 50 faceoffs over a weekend.”

Stagnitta has preached all year playing balanced team offense, and balanced team defense. But he knows the importance the center of the field will play against Long Island. 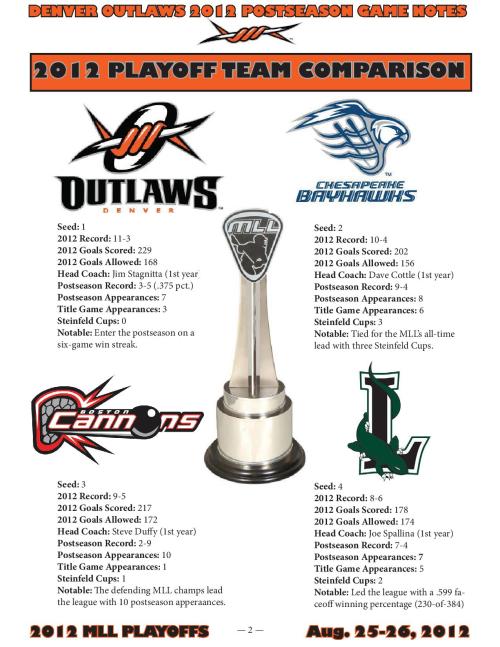 The four championship weekend qualifying teams (Boston, Denver, Chesapeake, and Long Island) will participate in a practice open to the public at Harvard Stadium on Fri., Aug. 24th from 1 p.m. to 7:30 p.m.

After delayed and cancelled flights, the Outlaws finally arrived to James M. Shuart Stadium as a full squad just hours before faceoff.

From the beginning of the game it was a fight for the lead but by the end, Long Island was able to pull away to win the game 14-8.

During the first half of the game, Jordan McBride led the Outlaws with three goals. McBride scored two of his three goals in the first quarter, getting his third just in time to tie the game at 5-5 before halftime.

Needing a win to clinch its sixth consecutive playoff berth, Denver improved to 10-0 all-time in the regular season against Long Island with a 14-11 victory in Hempstead, N.Y. The team has reached the postseason in each of its six seasons in the league. 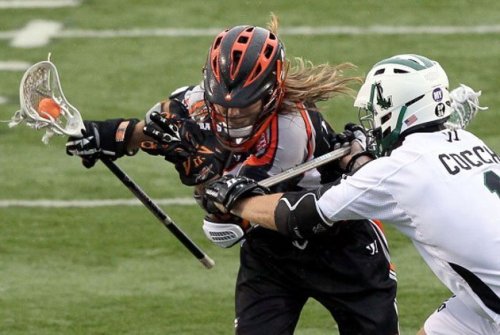 The Outlaws opened the second half with a 4-0 run, kicked off by Drew Westervelt’s two-pointer on a man-up opportunity. Dillon Roy and Kevin Unterstein came through with their first goals of the season as nine different players netted goals in the contest.

Tim Goettelmann started the night’s scoring just over one minute into the contest, but Denver responded with three consecutive goals.

Matt Danowski and Mike Unterstein went back-to-back to start the second quarter for the Lizards and tie the game 3-3.

Billy Bitterfound the back of the net to put the Outlaws out in front, but Stephen Berger answered off the ensuing faceoff to knot the game once again.

Max Seibald, who earned Player of the Game honors, scored his first of two goals at the 10:57 mark before John Grant, Jr. evened the score at 5-5 1:55 before halftime.