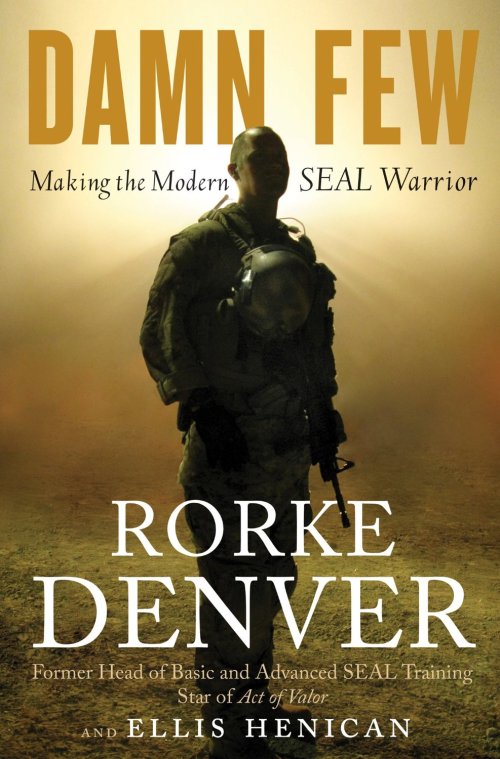 Former Syracuse men’s lacrosse All-American and Navy SEAL Lt. Commander Rorke Denver was a long-stick midfielder at Syracuse. Denver received honorable mention All-America laurels as a senior in 1996. He was a member of the 1993 and 1995 Orange national championship teams and captained the squad his senior season.
Rorke Denver trains the men who become Navy SEALs–the most creative problem solvers on the modern battlefield, ideal warriors for the kinds of wars America is fighting now. With his years of action-packed mission experience and a top training role, Lieutenant Commander Denver understands exactly how tomorrow’s soldiers are recruited, sculpted, motivated, and deployed.
Now, Denver takes you inside his personal story and the fascinating, demanding SEAL training program he now oversees. He recounts his experience evolving from a young SEAL hopeful pushing his way through Hell Week, into a warrior engaging in dangerous stealth missions across the globe, and finally into a lieutenant commander directing the indoctrination, requalification programs, and the “Hero or Zero” missions his SEALs undertake.
From his own SEAL training and missions overseas, Denver details how the SEALs’ creative operations became front and center in America’s War on Terror-and how they are altering warfare everywhere. In fourteen years as a SEAL officer, Rorke Denver tangled with drug lords in Latin America, stood up to violent mobs in Liberia, and battled terrorists in Iraq and Afghanistan. Leading 200 commando missions, he earned the Bronze Star with V for valor. He has also served as flag aide to the admiral in charge and spent the past four years as executive officer of the Navy Special Warfare Center’s Advanced Training Command in Coronado, California, directing all phases of the basic and advanced training that prepare men for war in SEAL teams. He recently starred in the film Act of Valor. He is married and has two daughters. 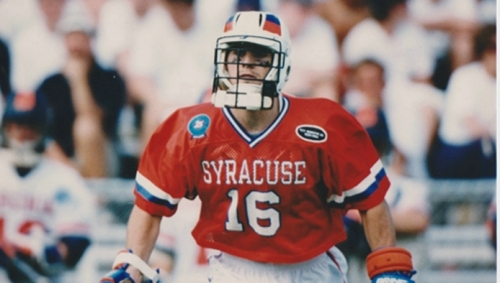 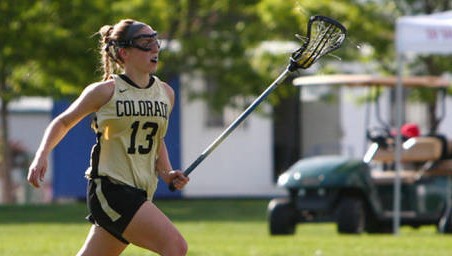 IN THE CLASSROOM: Lautman majors in chemical and biological engineering.

COACH ELLIOTT ON LAUTMAN: “Our staff is very excited to have Sarah join our program. We have gotten the opportunity to get to know her over the last year when she was a member of the CU club lacrosse team. Sarah has proven she is very driven and committed to playing at the Division I Level. She has a great attitude and work ethic. Sarah has the ability and athleticism to play many different positions for us and will add more depth to our smaller roster.”

SOPHOMORE (2013 with CU CLUB LACROSSE): Lautman was a two-year starter with the CU club lacrosse team, scoring 32 goals. Her sophomore season, the Buffs finished the season with a 7-10 overall record.

FRESHMAN (2012 with CU CLUB LACROSSE): The Buffs recorded a 13-7 record, finishing second in the Rocky Mountain Women’s Lacrosse League and entering the Women’s Collegiate Lacrosse Association National Tournament as the No. 5 seed.

Legends Of Lacrosse: “The Chris Sanderson Project” Celebrates The Courageous And Inspirational Life Of The Former Virginia Men’s Lacrosse And Team Canada Goalie Who Lost His Battle With Brain Cancer In 2012 (Video) 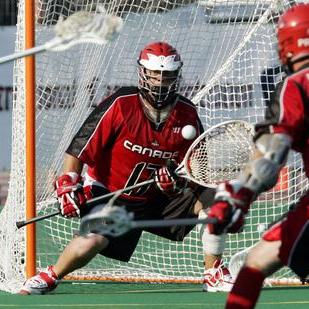 Chris Sanderson was a lacrosse coach and member of the Canadian team defending their world championship.. Sanderson was an assistant coach for the Philadelphia Wings in the National Lacrosse League from 2005 to 2007 season. Sanderson played for parts of five seasons as a goaltender.

Chris was a member of the Sanderson family of Orangeville, Ontario. He is the cousin of current NLL players Josh, Phil, and Nate, and was the nephew of both Wings GM Lindsay Sanderson and Calgary assistant coach Terry Sanderson. 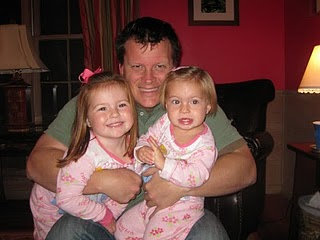 Chris Sanderson, 36, a native of Orangeville, Canada who presently resides in Pennington, New Jersey with his wife and two daughters, was diagnosed with brain cancer in December 2008. But that has not stopped his plans to play in his 4th consecutive Lacrosse World Championships this summer. Follow his blog and learn about his training and preparation, hear about his health and treatment, and receive fundraising updates. http://chrissanderson2010.blogspot.com/p/chris-story.html

Sanderson led the University of Virginia Cavaliers to two NCAA Final Fours. He has played in four world championships with the Canadian National Team, and has coached the U-19 Canadian team to a world championship. He also teaches at the Pennington School in Pennington, NJ, and owns a lacrosse company and club team known as True North Lacrosse Company.[1]

He was originally diagnosed with a grade IV malignant brain tumor called Glioblastoma Multiforme in December, 2008. The 2006 ILF gold medalist fought back, miraculously representing Canada at the 2010 FIL World Championships in England, helping the Canadians to a silver medal.[2] Sanderson was named to the All-World Team at the goaltender position in the 2010 FIL WC.[3] 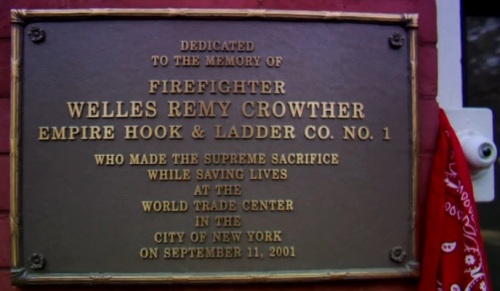 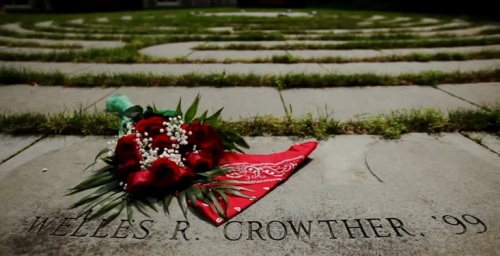 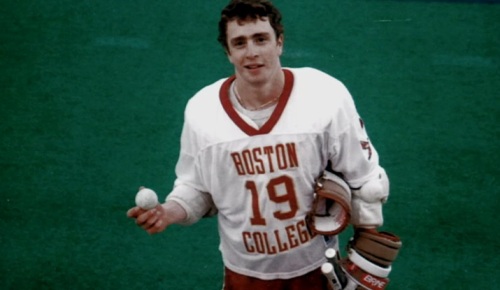 Kelsey Murray falls into the ahead-of-the-curve category. Going from a decorated high school career in Illinois to a promising college career on the West Coast at Stanford qualifies as much. 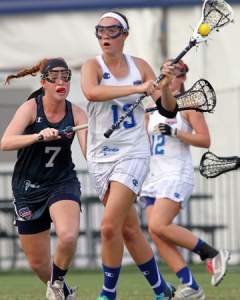 But her goals are familiar.

“I loved that the athletics were so important there. It’s definitely a big part of the culture,” Murray said. “You walk around and there are these banners that say ‘Home of Champions’ everywhere. It’s not something that’s necessarily on the side. It’s something that’s really important to them, and I like that aspect.”

Murray scored 72 goals in her senior season at New Trier (Ill.), where she already owned the school’s single-season and career scoring records as a junior. She was Lacrosse Magazine’s Midwest Player of the Year in 2012 and a US Lacrosse All-American this year.

Stanford returns all but two players from the team that won the MPSF title and a first-round NCAA tournament game, but Murray will compete for time with a group of 10 incoming freshmen.

“I’m going to go and work and play where they tell me to play,” she said.

Denver coach Bill Tierney speaks about the expectations for Zach Miller in simple terms: “You can bet when the starting lineup is announced, Zach Miller will be in it.” 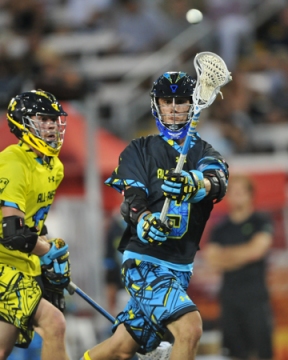 Miller is that special, the total package, Tierney said. The left-handed swingman could play attack, midfield and take a few faceoffs in his freshman year.

Miller is the latest product of the pipeline of future Division I stars developed at Brodie Merrill’s Hill Academy in Ontario, Canada. Merrill called Miller a complete player and a unique recruit. He played attack his freshman year, then was a two-way midfielder before returning to attack for his senior season. The Hill went 18-4 this season, with victories over power programs like Calvert Hall (Md.), Gonzaga (D.C.) and Landon (Md.).

“He was kind of something that we never had before,” Merrill said, “an X attackman who could control the play and really attack defensemen. He would either score unassisted goals, or draw a lot of attention and pick you apart with his feeding ability.”

Denver needs to replace the production of departed attackman Eric Law and midfielder Cam Flint, and could use help on faceoffs after stalwart Chase Carraro graduated. 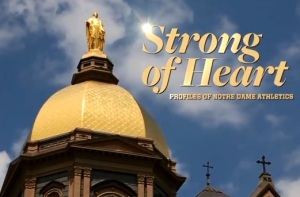 When Adam Sargent arrived at the University of Notre Dame in the fall of 1993 from Brighton High School in Rochester, N.Y., he envisioned not only working with his teammates to achieve success on the lacrosse field but also looking forward to the day when he received his diploma in the shadows of the Golden Dome.

He could not have foreseen how this education would prepare him for the challenges ahead.

Sargent’s life was changed forever 13 years ago. At 8:30 on the morning of May 29, 1997, the 21-year-old senior, who had distinguished himself on a team that qualified for three straight appearances in the NCAA lacrosse tournament, was on his way to nearby Saint Mary’s College to take an exam when he was involved in a two-car accident at the intersection of Notre Dame Avenue and Angela Boulevard. The accident separated Sargent’s neck at the C-7 vertebrae and left him paralyzed from the chest down with somewhat limited use of his arms.

Sargent’s focus soon changed from winning games to learning how to live again.  He not only graduated from Notre Dame with a double major in history and anthropology in 1999, but also matriculated to become a valued member of the University’s Academic Services for Student-Athletes, counseling members of the football, ice hockey and women’s golf teams.