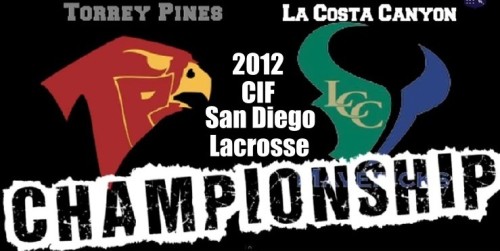 Since lacrosse became a sanctioned sport in 2002, only four teams have been crowned San Diego Section Division I or Division II champion — Poway, Torrey Pines, La Costa Canyon and Coronado. That changes this season with the strongest programs competing in the new Open Division.

La Costa Canyon has appeared in the championship match in seven of the last eight years while hoisting the trophy five times. However, the Mavericks’ quest for a sixth crown just got a little tougher. Defending Division II champion Coronado, Bishop’s and Cathedral Catholic have been added to the mix. 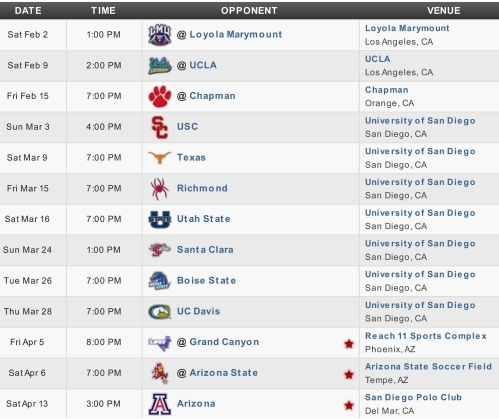 SLC Game of the week featuring USD Torreros vs Arizona Wildcats at the “Jam By The Sea”. San Diego came out hot early but after the first quarter it was all Wildcats. Arizona eventually took the game 18-8

Freshman Goalie Derek Scozzafava in his first ever collegiate start saved 18 shots and let in 4 goals. Scozzafava’s 81.8% save percentage led the Torreros to a late push and an overtime victory against the UCLA Bruins 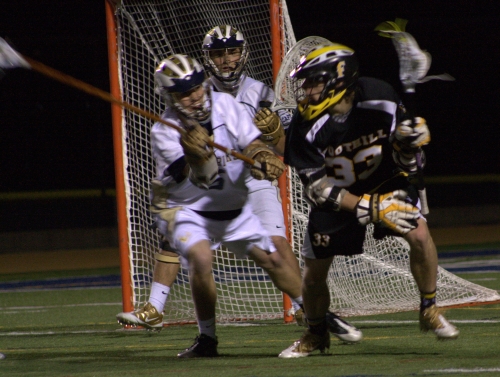 In a physical game March 26 at La Costa Canyon, Foothill Knights Boys Lacrosse Sr. Middie Cooper Pickell (#23, with helmet knocked off) scored what proved to be the winning goal with less than two minutes remaining as the Knights defeated the Mavericks 9-8 and ended their 27-game winning streak. Photo by LaxBuzz