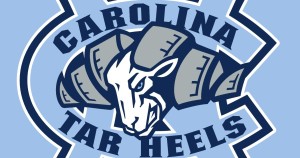 Michael Tagliaferri is a 6-0, 200-pound midfielder from Danville, Calif., and the son of John and Carol Tagliaferri.  He is the first Californian to make a U.S. National Team at any level as he played for the U.S. contingent in the 2012 U19 World Championships in Finland.  A star both on the lacrosse field and the football team for four years, he graduated from San Ramon Valley High School in 2012.  He was recently named an Under Armour All-America after a career in which he scored 196 goals and passed for 126 assists.  He had 48 goals and 25 assists as a senior after notching 105 points as a junior (64 goals and 41 assists).  Tagliaferri was named the state’s top lacrosse player as both a junior and senior.  He was a two-time league MVP and was named a U.S. Lacrosse All-America as both a junior and senior.

The Wolves (2-0) toppled boys’ lacrosse giant Saint Ignatius Prep for the second consecutive season behind a thrilling 11-10, 2 OT victory on Saturday. After a nerve-racking first overtime that saw both teams exchange a barrage of opportunities, senior attack Chase Miller scored the game-winner in the second OT session off a feed from midfielder Patrick Worstell. 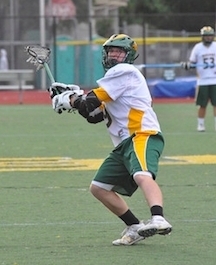 and a consistently dominant program. Since 2006, the Wildcats have only lost seven games, with two coming by the hands of San Ramon Valley.

“A high school team is only as good as its local youth program,” San Ramon Valley coach Peter Worstell said. “Our current crop of players have been here for a long time and it’s now starting to show. Our mission is to do the same thing that Saint Ignatius has been able to accomplish. We want a team that resonates with the community and develops young men with good traits. We are fortunate and happy that we are building something here that is challenging that great program.”

In the most recent showdown, North Carolina recruit Michael Tagliaferri scored a game-high six goals for San Ramon Valley en route to the win. The Wolves held the Wildcats to only one goal at halftime before giving up nine scores in the second half.

“We felt that they had way too much talent to be down multiple goals for an extended period of time,” Worstell said. “We had 16 unforced turnovers. You can’t hand them the ball that many times and not have it end up in the back of the net. In the third, they took advantage of the opportunities and made their run.”

How did the commitment process go for you?

It was a great experience. All the schools I was interested in were very helpful and made things comfortable for me and my family so I could just enjoy the experience.

What were the reasons behind making your verbal commitment?

UNC is an amazing place. They have a top business program, which is my area of interest.  Coach Breschi is a class act and the type of guy that any kid would want to play for.  The guys on the team are great guys and great lacrosse players.  The town of Chapel Hill is the perfect college town. Everyone who is involved with the University is crazy about it and will do anything to help a fellow Tar Heel. I just couldn’t see myself saying no to Carolina.

How did your university visit go?

I have had the opportunity to visit UNC twice now and both times were great. On my first visit I sat down with Coach Breschi and really got to know him and what he was all about as a person and as a coach. My next visit was during the UNC team camp where I had an awesome time. I met a bunch of the players on the team and I met the whole coaching staff. Everyone I met was so nice to me and made my visit special.

What are your best lacrosse attributes?

I would say dodging and my ability to get to the net.

What would you like to work on over the next two seasons?

I really need to fine tune my game over the next 2 seasons to get ready to play at the next level. I need to improve on my shooting and work on my field sense. I want to work on passing off a dodge and being able to shoot on the run with a guy at my hip. I am also going to work on my defense.

Sten Jernudd, 6-5, 205, Midfield
Seattle, Wash. (Lakeside School)
Jernudd lettered four times in lacrosse and three times in basketball at Lakeside School. During his senior season, he served as team captain for both teams and was named a first-team all-state selection in lacrosse. For his accomplishments, Jernudd was named the 101 Club and Washington Athletic Club scholar-athlete of the year. He also played as a member of the Swedish national team during the 2010 FIL World Championships in Manchester, England. He led the team to a 10th place finish, scoring a team-high 26 points on 20 goals and six assists. For his efforts, he was named to the All-Presidents team as one of the top players in the tournament from a team that did not advance to the medal round.

DeLuca on Jernudd: Sten is a big, athletic guy who will bring great size to our team. Coming from Seattle, he is not quit as polished as some of our other players, but we are excited about his athleticism and his potential for growth on the lacrosse field. I think some of that potential showed this summer when he played in the FIL World Cup and led the Swedish national team in scoring.

Ross Rudow, 6-0, 185, Midfield
Danville, Calif. (San Ramon Valley HS)
A two-time high school All-American, Rudow was a four-year letter winner at San Ramon Valley high school. He served as team captain as a senior and as a junior and helped his team to an NCS championship as a sophomore. Rudow was the 2010 East Bay Athletic League MVP and was a first-team all-league selection in 2009.

DeLuca on Rudow: Ross is extremely athletic with great speed. He comes to California, so like Sten, he is a little raw when it comes to lacrosse, but he was a tremendous football player coming out of a very good program. Ross is a very smart player with a great upside and we’re excited to see how he develops.

Ben DeLuca, the Richard M. Moran Head Coach of Men’s Lacrosse, has announced the Cornell men’s lacrosse incoming class of 2014.The Big Red, looking to replace nine graduated seniors, will add 11 players to next year’s squad, five of which earned high school All-American honors. The group is comprised of seven midfielders, two attackmen, one defensemen and one goalkeeper. Additionally, the players represent five states and two Canadian provinces with five players hailing from New York, and one each from California, Connecticut, Virginia, Washington, British Columbia and Ontario.

“In terms of talent, this is a pretty well-balanced class,” said DeLuca. “We have several players that have the potential to contribute right away, as well as guys that will provide us depth this year and could be pivotal for us in future seasons. My staff and I are extremely excited to welcome this group of 11 to the Cornell lacrosse family and we can’t wait for them to hit the field this fall.”

Michael Tagliaferri Sophomore Varsity Midfielder at San Ramon Valley High school in Danville California. In 2010 he had 53 goals and 41 assists.